Neha had a smooth life that any one of us reading this would love to have. Having worked in the same office for three years, Rahul and Neha decided to take their relationship a step forward and settled for a lifetime. After 2.5 years, they were blessed with Pihu. Life was taking new turns and twists, but there was peace.

It had to be. After Pihu’s birth, Neha voluntarily chose to be a SAHM (Stay at home, Mom) and took over the complete charge of their home. She made sure each and everything in the house and all 3 of their lives was managed with utmost care. From ordering groceries to diapers, from attending PTMs to dropping and picking Pihu, everything was taken care of.

It was not that Rahul did not offer help, but he never got a chance to do much. His support was merely left to paying Pihu’s fees or giving Neha his card for household expenses and shopping. He never bothered to take a note of how money was spent and even Neha wasn’t like other wives who took advantage of this. Brought up in a middle-class family with morals and values, she knew how a family needs to be run. She planned things properly and waited for sales and offers to buy stuff. She had herself created a budget and adhered to it.

Days were progressing gradually, and Rahul was busy with his office and sometimes calls in the evenings. Pihu was growing fast and was engaged in her school and daycare activities. She needed Neha every moment, but the need was quite selective. Yes, weekends were there, but they too passed quickly. Birthday parties, visit common friends, general shopping, eating out, etc., and the weekend was over. All was going well, but Neha wasn’t at peace at heart. She started feeling a vacuum in her life as if something crucial was still missing. Yes, she can always join work back, but that 9 to 5 corporate thing did not appeal to her anymore. She wasn’t doing anything substantial in her life, she felt. There was no individual identity of hers. People now knew her either as Rahul’s wife or Pihu’s mother. She pondered, but the wife and the mother inside her overpowered her thoughts.

One day, while cleaning her wardrobe, she found an old diary. Curiosity couldn’t hold her back and she left everything and got submerged in reading it. The pages were old, but the writings were damn fresh. She was taken back to the time when she came to this city for her first job, some 6 years back. For all that she struggled, she achieved, and she received, and liked was in that diary - a one-page note for most of the days, and for all special occasions, her first salary, first trip with friends, first job switch, first crush, first date… and every damn thing. Tears rolled down her eyes and nostalgia overshadowed her. She couldn’t believe she had written all that. How beautiful and how straight from her heart! It gave her a sense of joy and pride and also a deep sorrow. Growing personally and professionally in this city, now most of her dreams had turned into reality and thus, she had stopped dreaming… she had stopped writing. And after Pihu, she had moved so ahead that the talent of hers lay hidden in a cupboard deep under medical and grocery bills. She felt disastrous. How could she do this to herself? How could she kill the bubbly daydreamer Neha inside her? She cried her heart out. Was this that she was missing in her life? Joining the links, she understood. Playing the role of a mother and a wife, somewhere she had stopped living for herself. It was high time she created her own identity and do justice to herself. All roles in a women’s life are important, but being herself is what demanded her attention the most now. She promised herself that she won’t let this continue. She will re-live the Neha inside her and dream yet again, much more, and much bigger :-)

Isn’t this what most of us is

a witness to. We have many such Neha amongst us who have moved so far away from their dreams, their interests that they are scared to even dream about it. Well, this piece of writing is for all those.

Come on ladies, get up! Go chase your dreams, like you were doing some years back, or you dreamt to do sometime. It’s not yet late. Live for yourself, at least for some hours a day. Follow your passion… cooking, baking, working, writing, singing, drama, interior designing, teaching, and dancing… whatever it be. Give yourself a chance again. Think beyond being a doting mother, a good wife, or even a dedicated employee. Create your own identity. Build a world of your OWN.

Time for some introspection, girls! 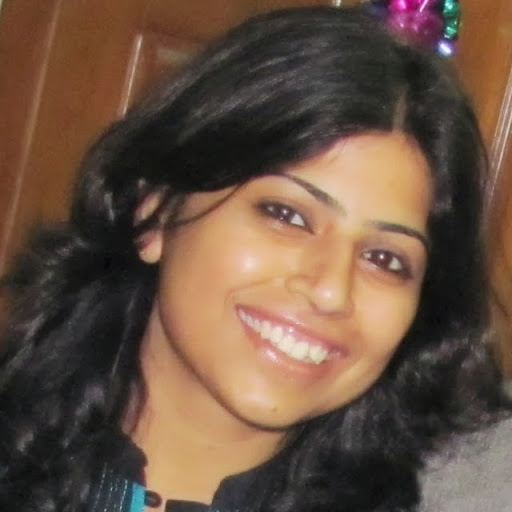 The Nameless Girl At The Bus Stop #Blog Prompt